History of the Tatra Area 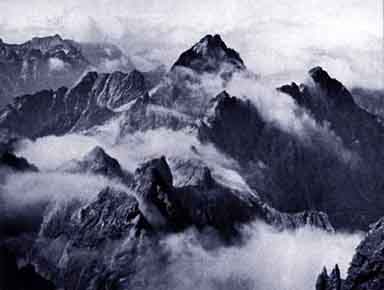 The beautiful Tatra mountains are the far western extension of the mighty Carpathian crescent which dominates the lands of many Slavic peoples. Here are also the tallest of the Carpathian peaks, with Slovakia's Gerlachov peak at 8710 feet being the highest of them all.

The Tatra range divides Slovakia from Poland, the southern length of their common border running through its craggy peaks. The southern side of the Tatras have not always been under Slovakian control. Prior to 1918 this area was under Hungarian rule within the counties of Szepes (Spis), Liptov and Arva (Orava). To the north has not always been under Polish control, either. Prior to 1918 this region was under Austrian domination, within its Crownland called Galacia. With the end of WWI in 1918, the Tatra area again became part of Slovakia and Poland. In 1920 border changes in Orava and Spis were made by the Council of Ambassadors and 30 Slovak villages were given to Poland. In 1942 the entire Tatra area came under German control, and in 1948 under Communist control.

With the coming of Democracy to the Eastern Block nations in 1989, Slovakia and Poland regained control of their respective sides of the Tatras as they had been prior to 1920, and indeed centuries before Austrians and Hungarians took control. For a more complete timeline of Tatra-area history click here. For a map of the Carpathian chain click here.

Click on TARG circle or here to go to an enlarged TARG area map.